Most of the persons are confuse about subcontracting, for helping those people, here by adding some relevant ideas of What is Subcontracting? and How many types of Subcontracting procedure in the Microsoft Dynamics NAV/Navision? , etc.

When a building is being constructed, subcontracting becomes a major deal. A general contractor may take care of a number of tasks, including the brick-and-mortar construction, but look to subcontractors for other types of tasks, especially things like plumbing and electrical work. These disciplines are nearly always subcontracted out.
Larger contractors may be able to handle the plumbing and electrical work as well, without subcontracting. However, these companies are rare not only because of the expertise involved, but the desire to focus primarily in one area. If a contractor has too many disciplines, the thought may be that it is not clearly focusing its efforts on quality in one particular area.
In some cases, a general contractor may only be used as the construction manager or supervisor. In that case, subcontracting accounts for all of the physical work done on the premises. The general contractor’s only responsibility is to approve the contacts, keep the project within budget and inspect the work.
Subcontracting, while prevalent in the construction industry, is also used in a number of other industries. For example, with trucking companies, there may be a time when a specific type of truck needs to be used or there simply are not enough drivers to cover all the routes. In this case, a subcontractor may be called in to help. This type of subcontracting can be a permanent, as needed, situation or done simply on a one-time basis, depending on the needs of both the company and subcontractor.
Subcontracting is also important for manufacturers making a number of products from complex components. Computer manufacturers and automobile manufacturers often use subcontractors to supply parts. In an automobile, the engine may come from one company, and the transmission from another. They are then put together in a complete package at the manufacturing facility.
Subcontracting offers a number of advantages. First, it allows work on more than one phase of the project to be done at once, often leading to a quicker completion. Second, because subcontractors already have the expertise and equipment to provide the service, it is often much cheaper for them to do so than a general contractor to acquire those skills and equipment. Finally, the subcontractor is usually able to work with a general contractor on more than one project, thus creating a savings for both in the long run as a relationship is formed.
How many types of Subcontracting procedure in the Microsoft Dynamics NAV/Navision?
Microsoft Dynamics NAV having mainly 2 types of Subcontrcating Orders hadling
1.) Subcontracting Order given to the out side company

2.) Other company given Subcontracting to Us

For more information about this click here to goto Subcontracting In Navision. 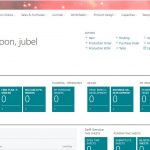